“Billy Idol and Blondie are fantastic additions to the lineup. Billy Idol was one of the great artists of the original music video era, while Blondie was one of the most successful all American New Wave acts,” said Alan Cross, famed broadcaster and ambassador of Roxodus Music Fest. “Roxodus is fortunate to offer both acts for 2019.”

Billy Idol has left an indelible mark in popular music for over three decades as one of MTV’s first megastars, making him one of the most recognizable faces in music. He has sold 40 million albums worldwide with nine top forty singles in the U.S. and 10 in the U.K. including, “Dancing With Myself, “White Wedding,” “Rebel Yell,” “Mony Mony,” “Eyes Without A Face,” “Flesh For Fantasy,” and “Cradle Of Love.” 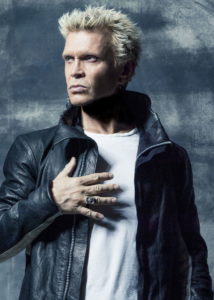 Blondie kickstarted the early American new-wave scene in the ‘70s and now over four decades later they are still known for their high energy punk songs.Blondie’s chart-topping success and rare longevity led to an induction into the Rock and Roll Music Hall of Fame, an NME Godlike Genius Award, a Q Award forOutstanding Contribution to Music and to date have sold more than 45 million albums worldwide. 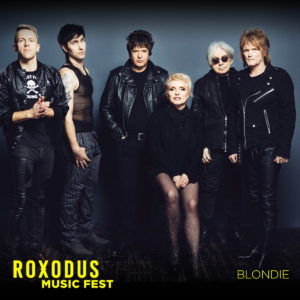 Thousands of rock music fans are anticipated to gather this summer in Edenvale, Ontario (90 minutes north of Toronto). Committed to providing a unique, next-level festival experience and delivering a stellar roster of acclaimed artists – the highly anticipated festival is promising to be a must-attend event for the summer.

Roxodus Music Fest is committed to catering to all ranges of audience needs – through single-day admission, a selection of weekend-long camping packages, VIP experiences and Platinum VIP options that include private car service, chartered helicopters and float planes as potential means of transportation.

Tickets are on sale now for weekend festival passes, weekend camping passes and VIP opportunities. Until January 31, 2019 you can also take advantage of the interest free payment plan for all VIP and 3-day GA passes. Single day festival admission will go on sale early spring. Only weekend passes are available. Visithere for all ticket and payment information.