Mitchell wrote and produced the track alongside notable Nashville-based producers Blake Bollinger, and Ben Stennis. The original version of the song from Mitchell’s debut album HEART OF GLASS features her on the track solo. The addition of Tim Hick’s recognizable vocal depths brings a new meaning to the song by reflecting the emotional lyrics from both a male and female perspective.

Click here to listen to “Somebody Gonna Get Hurt”

HEART OF GLASS remains a rare genre-bending gem that commands the attention of the listener from start to finish.  Its heartfelt lyrics and melodies reflect Mitchell’s personal growth. Lauded as ‘Country’s Adele’ and likened to Sheryl Crow by media outlets across Canada, Mitchell’s critical acclaim began immediately following the release of her self-penned single, “Workin’ on Whiskey” back in 2016.

On June 21 Mitchell will take to the iconic Budweiser Stage for the first time, alongside the likes of Willie Nelson, Alison Krauss, and more to perform at Outlaw Music Festival. September will also take Mitchell overseas for a tour, more details on this to come.

Listen to Heart of Glass here.

To purchase tickets and connect with Jessica Mitchell online:

Open Road Recordings, founded in 2003 by Ron Kitchener (RGK Entertainment), is the #1 Canadian Independent Label for 8 consecutive years, as determined by Mediabase shares. The 15-year anniversary milestone was notably marked with an impressive archive of more than 100 Top 10 hits over the years. 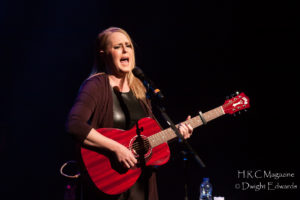