Emerging artist Charissa provides a refreshing combination of classic Soul and Americana to the music industry.

Her first release through Coalition Music entitled “Scars and All” quickly won over music lovers across the globe.

February 18, 2022 marks the release of her latest single “People Like You” and has already begun to stream on all platforms.

We had a chance to get to know Charissa, discuss her new music and her plans for 2022 …

A)There was always music playing in the car going to school, music lessons and driving up north where I was introduced to a wide variety of music and learned to appreciate many styles! I was fortunate to be able to go to many concerts growing up and that was really inspiring. It always ignited the spark even more. As I got older I developed my own sense of what I thought was a good song. Listening to really great performers and songwriters helped me understand what it takes to make a great song in it’s words, performance and phrasing. It kind of just ingrained in me.

A)Thank you. I wrote it in honour of my friend when I found out that he had suddenly passed. It was during 2020 and it was a really hard time. I think a lot of people are struggling right now and I like to think of this song as a big hug and hope it spreads more love and positivity.

A)This is actually my first EP to be released!! I’m really excited about it. Colin Cripps from Blue Rodeo produced it and that was a really cool experience. I learned so much from him in such a short amount of time like getting alright at harmonies, which you’ll hear a lot of on the songs! These are my own songs and stories that were co-written with many talented songwriters and a few of them were written during 2020 when things were quite chaotic in the world.

A)I would love to tour! I think my debut EP calls for a Canadian/American tour. I really hope that will be possible this year!

A)Well I’m a dreamer and If I could pack up my things and start touring tomorrow it would be with Stevie Nicks! She is a living legend and my biggest inspiration.

A)The truth is that it’s been really difficult. This is my full time gig. I rely on releasing music and playing live shows. For a while there I was in a dark place. Waking up and feeling like you don’t have a purpose is scary. At first I didn’t play any music, I would look at my guitar and just not feel like picking it up. It took a while to start feeling hopeful again. When I started feeling better I got into Zoom writing and it really lifted my spirits. I actually wrote “People Like You” on a Zoom write with Chrystal Leigh and Emma-Lee. It was a really emotional session for me and I’m so proud of what we created that day.

A)Follow me on social media for all the upcoming events and music! 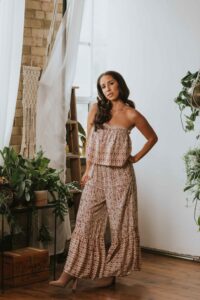 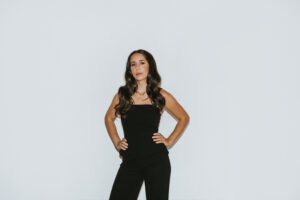