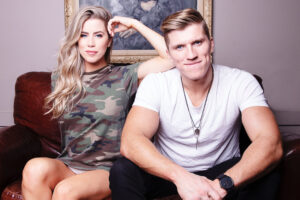 Country music’s favourite party-duo The Reklaws have blown the doors off 2022 just mere months into the year. Shattering record after record, the pair are just getting started on what is already setting out to be their biggest year yet.

With the release of their new single “11 Beers” feat. country superstar Jake Owen in March, The Reklaws have secured more debut week global streams than any domestically signed Canadian country artist in history. The track also landed the most-added spot at country radio during release week and has become one of only three songs in Canadian country music history to break the top 30 less than two

weeks after its debut.

Eager to get out and celebrate these major milestones with fans, The Reklaws will be bringing their party to stages across Canada this summer. With shows already announced at Festival Country Lotbiniere, Ponoka Stampede, Dauphin Countryfest, Abraham’s Landing, Rock the Park, Country On The Bay, Kee to Bala and Country Rocks The Hub, fans are encouraged to keep an eye on their channels for many more to come. Tickets for upcoming shows can be found at https://www.thereklaws.com/

No stranger to success, The Reklaws have taken the world by storm since their debut in 2018 with the PLATINUM-certified single “Long Live the Night.” The brother-sister duo currently hold two #1s at Canadian Radio (“Feels Like That,” “Can’t Help Myself” with Dean Brody), 10 GOLD and 5 PLATINUM singles as well as a GOLD-certified debut album (Freshman Year). They also hold 6 of the top 20 streamed singles by Canadian Country artists since 2019 (more than any other artist) and have the most domestically streamed debut album in Canadian country history. Continuing the momentum, to kick off 2022 The Reklaws recently landed two 2022 JUNO Awards nominations for Group or Duo of the Year – the only country act nominated in the category for the third straight year – and for Country Album of the Year. With 235M+ Global Streams since their breakout debut just a few years ago, it’s evident that The Reklaws are doing things differently and that the world is taking notice.

KEEP UP WITH THE REKLAWS