‘City Girls In The Country’ has hit 100k Spotify streams and featured on major Spotify and Apple playlists such as Fresh Country, New Music Friday, Today’s Country and Country Risers.

Not your average country girl, In fact far from it! Rachael Fahim takes aim at the cliche’s as a city raised, blue-eyed country-pop singer of Lebanese-Australian descent!

The 2017 Toyota Star Maker winner & CMC Music award nominee has consistently been one of Australia’s most streamed female country artist’s for the last three years, with over 13 million streams to date across past singles not to mention topping the Australian Country radio charts more than any other Australian female with a collective 19 weeks in the #1 Country Airplay position!

Rachael says – “As a city born country artist of Lebanese decent, I’ve constantly been challenged about my country music eligibility, but for me, country music has always been a place of storytelling, a platform of the underdog to speak out and a place to connect with real people. Country music is evolving and becoming the most adored genre across the globe, a voice for everybody, no matter what your background or story is! This song is an anthem for doing what you love, being who you want to be, embracing what is different and not really carting about what other people think or say! Fuck yeah, city girls can be country too.”

After a short hiatus whilst working on her debut album, Rachael is back with a vengeance and ready to unleash her BEST MUSIC TO DATE, kicking off with the Country-Rock anthem ‘City Girls In The Country’, A song born from collaboration across multiple timelines with hit songwriters Rosi Golan (Little Big Town, Christina Aguilera) in LA, Nashville’s David ‘Messy’ Mescon (Ariana Grande / Nicki Minaj) and Sydney’s Banton Brothers whilst a who’s who list of Producers including Greg Stace, RedCurl, MJH, David Mescon and Robby Desa gave the production its legs! 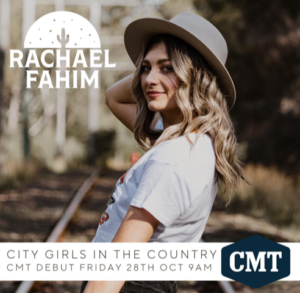 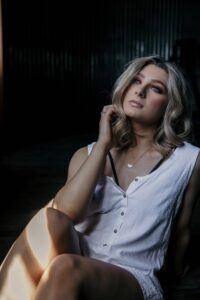 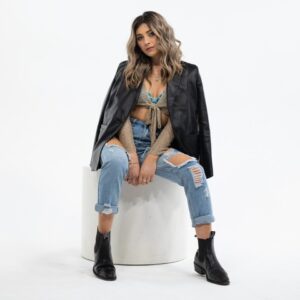