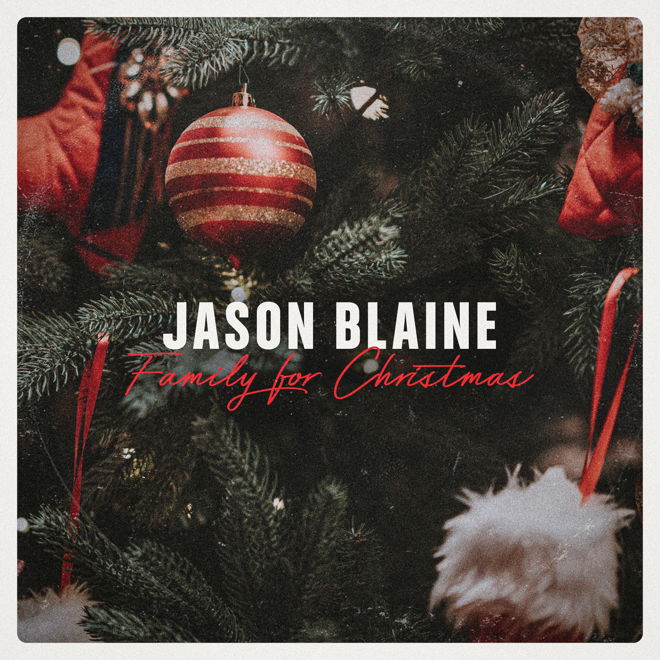 On November 6, CCMA Award-winning Canadian country artist Jason Blaine reminds us all of the important things in life with the release of his holiday single Family For Christmas via eOne Entertainment.
The beautiful song incorporates Jason Blaine’s silky voice with bursts of bluesy guitar, layered with heartfelt piano. Jason evokes images of Christmas’ past as he reminds us of what matters most during the holiday season.
Outspoken about the importance of family in his creative work, Jason’s instincts as a songwriter pair perfectly with the festive season to make an instant holiday classic. In a tumultuous year and with so many unknowns ahead – Jason’s cozy single offers us all some much-needed Christmas cheer.
You can listen to the song here. Please note this is an embargoed link and cannot be publicly shared.
With over 12 Top 10 singles in Canada including hits of his own such as “Country Side” and “Friends of Mine”, Jason Blaine has also become a craftsmen of hits for other people including Chris Jansen, Parmalee, Petric and Madeline Merlo and others. In 2007 he burst into the scene with his first #1 hit single “Rock In My Boot” which led to multiple CCMA nominations and paved the way for a string of hit singles and major festival appearances across the country.
Now, a multiple CCMA, SOCAN & CMAO award winner with over 20+ radio hits, six full length albums, over 8 million digital streams, and Jason still feels like he’s just getting started. This past summer the next chapter began as he began work on his brand new album, which was produced by Danick Dupelle (Emerson Drive, Tebey) and will be released on October 23.
You can find press photos here.